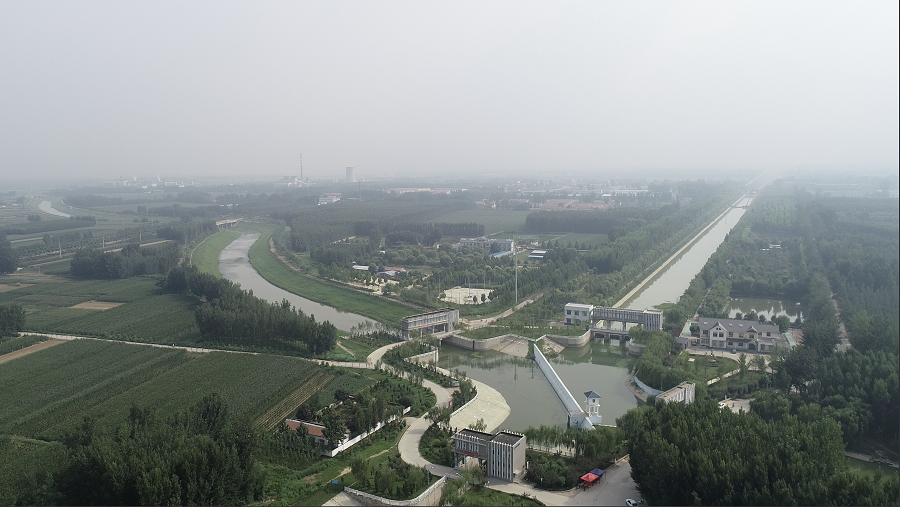 The Linqing-located Qiutun sluice gate on the eastern route of the South-to-North Water Diversion Project. [Photo provided to Chinadaily.com.cn]

Construction work started on a water extension project in Linqing, East China's Shandong province, on Thursday as part of the central government's efforts to deal with the excessive exploitation of underground water in North China.

As an important water replenishment project of the first phase of the eastern route of South-to-North Water Diversion Project, the country's largest water transfer project, the extension project is expected to take 21 months to complete.

When completed, it will be able to transfer 490 million cubic meters of water to the Beijing-Tianjin-Hebei region, according to the Ministry of Water Resources.

The economic and social development and the growing population in North China pose an increasing demand of water which has led to serious excessive exploitation of underground water, Jiang Xuguang, vice-minister of the Ministry of Water Resources, said at an event that marked the start of the extension project construction at Linqing.

He said water transferred by the project will replenish underground water used by the agricultural sector, greatly easing the excessive exploitation.

A research by the Chinese Academy of Sciences published in last April shows that from 2002 to 2014, about six billion to eight billion metric tons of groundwater was lost annually in North China, a trend it expected to continue and the agricultural use was the main reason for the excessive exploitation.

Water transferred by the project will also replenish water resources at the wetland areas to improve the ecological environment along the routes and create conditions for daily water use at Tianjin, and Cangzhou, Hebei province, said Jiang.

This year marks the sixth year of the first phase of the South-to-North Water Diversion Project eastern route which was put into operation in November 2013.

The eastern route has played a significant role in supporting the water supplies for production and daily life as well as ecology in Shandong and directly benefited more than 30 million people, said Yu Guoan, deputy governor of the province.

During the past six years, the eastern route has transferred almost four billion cubic meters of water to Shandong, which has greatly addressed pressures caused by water shortages in the province, Yu said.